The Legend of the 7 Golden Vampires 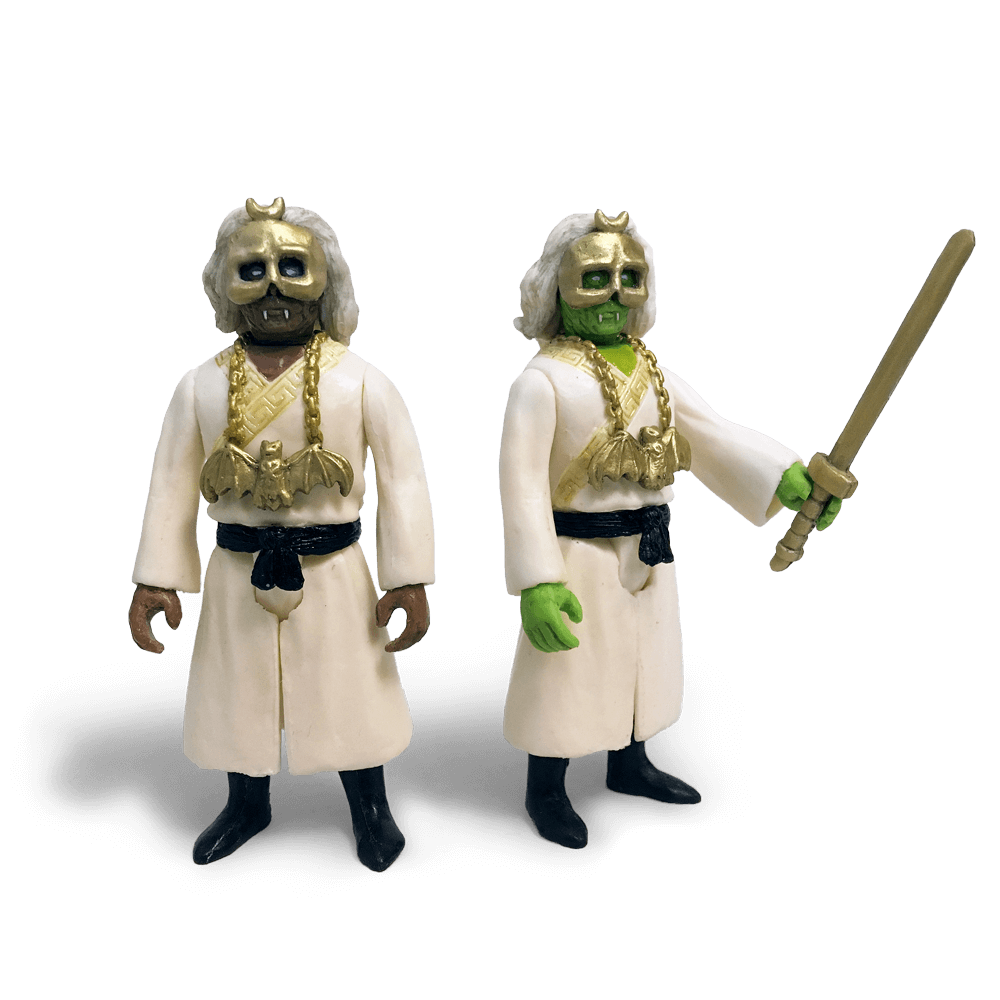 "In 1804 Kah, the High Priest of the Temple of the Seven Golden Vampires travels from China to Transylvania to seek help from the legendary Count Dracula. After pleading to Dracula to help him restore the power his Clan of the Seven Golden Vampires once had, Dracula instead seizes his body for an opportunity to escape the prison his castle has become. Dracula, now in the body of Kah travels to China to take command of the clan for himself.
After a hundred years the legend of the clan still circulates, telling about an unknown rural village in China being terrorised by a cult of seven known as the Seven Golden Vampires. Now it’s on Professor Van Helsing to find the village and help end the evil."

3 3/4" action figure of a vampire from the movie "The Legend of the 7 Golden Vampires"
Completely hand sculpted original from which we made silicone molds to copy the figure.
Made from 15 separate parts of light green/brown, gold, white and black pigmented resin.
Body parts are connected together with magnets which makes it possible to interchange parts with our other toys,